I would describe Effetec as a relatively young, dynamic company. Since its inception, it gradually shaped up the way to conquer and strengthen its position on the market. After years full of changes, particularly in the personnel sphere, it seems that the strategy is already clearly set out. And how? Let’s start with a brief introduction of the company gradually, its current owner.

Where did we come from? 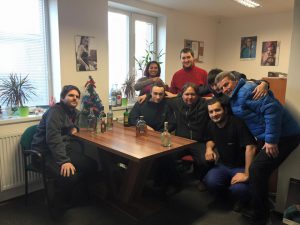 “Effetec is on the market for the first time appeared in the year 2012. However, we started from scratch. Our employees had already at the time of our company a wealth of experience in the field. At the very birth of the Effetec, there was a small team of people with rich experience, not humble objectives and great determination to achieve these goals. In that time, we were aware that our team of employees is the most precious thing we have and without its deployment would be putting the company into operation was not possible. The experience and skills of the entire team will perfectly complement and form a solid basis for the next steps forward. In the company we’re so rather one big family and the climb up is the vision of the joint, not the parent. Having in the collective team good players is already an integral part of the image of our company. In such a short period of time, we managed to create not only a pleasant working environment, but also a network of satisfied customers from all over the world and thus our way is definitely not over. ”

The current situation and the vision

in recent times there has been a fundamental change in the leadership position, and instead of two associates, the company now has only one owner. This situation would not last long, and currently the only owner decided to split between the other two members of the team, who are the future of the company living no less than he does. What it means for Effetec?
“The fundamental values on which we remain the same regardless of the number of owners. The core is still for us, loyalty, team play and family atmosphere because we think that it is also the first step to establish close relations with customers. We can establish friendly relations with them, if we don’t even see each other everyday. I therefore in the previous year did some changes in the composition of our team. But now we feel we have to be ready to move to the next step. We believe that employee for that work together means mutual enrichment and inspiration, we already have. The time has come to focus more externally. On the customer, on the development of the new machines, maintaining relationships with existing customers. This year, we want to promote, explore new marketing strategies, listen more to the requirements of customers and expand into other countries in the world. We have capable people and very capable of commercial representation, in the development of the new machine, so it is time these weapons show in all its glory. ”

Exactly these passwords have the potential to attract the attention of a new customer. Pace of work is ahead, everything is faster, more efficient, and it must be a technique that allows this evolution and moves forward. In Effetec, therefore, has not adhered to the wall or in the area. Development Department of the company has created a new, improved electronics for upgrading of machines, which is within the service now offers not only to existing customers. Another mainstay of the menu is in addition to the upgrading of machines, Assembly of the new SimpleJet printer print heads or a wide selection of UV inks. Attention is, however, currently goes to the development of the new ACEs up in our sleeve, to the machine EffeJet F2132, which is on the market from 2016.

“This project is once again the hard work of our entire team. I am glad that our people do not know the word “can’t” or “I can’t”. The development goes ahead, but we don’t sleep. The development team continuously improves our software programs, the service team and designers among themselves constantly shares his insights and ideas and on the basis of moving forward. Simply put, on the development of a new machine is involved in the entire company. Machine EffeJet F 2132 has, for example, our new electronics or printhead Konica Minolta 1024, which in itself will ensure excellent technical properties, which combines speed with quality. We think but also to the requirements of the consumer-or neglect the modern elements that today’s customer demands. Emphasis on simplicity, reliability and maximum efficiency. Our people can read the needs of customers, they know what the market’s demands, and we believe that us production of new machines for piece moves again. ”

for a moment turn somewhat. Cettec is the name of the second, a sister company, which is in the market for a complete novice. Its original mission was to manufacturing components for the machines of the company Effetec, with which it shares the premises and its owners in the Effetecu also operates. However, as it turned out, its products are found in other areas of the market and of the parts produced on the rate is above the expectations of great interest. What are the connection between these companies?

“The company Cettec was created especially for our needs, in order to simplify the service of machines and to accelerate the development of the forthcoming. Ensures us a certain independence in the production of spare parts. On the contrary, Our customers have the guarantee service and repair, which we do personally. The service roads are excellent feedback for us due to the upgrading and development of new machines. Cettec products allows you to more quickly respond to customer specific requirements. As regards the development of the company Cettec, is currently building its stable position on the market and its interoperability with other production areas than print, because after these products are in demand. In the non-production sector applies the same value as the Cettec for Effetec, so we expect an equally dynamic development. In the future we are considering a merger of both companies, but so far there’s no rush. “in conclusion,

the Words or the eye of the author

on the occasion of an interview with Mr. Effetec was also the Director on the tour of the companies and meeting with some of its employees including management of Cettecu. It is really fascinating, how relaxed atmosphere prevails here. As a stranger you immediately can empathize with their role with satisfied customer, which discussed business over an afternoon coffee, as if they were old friends. It is seen that the humor here is not foreign to anyone, and the staff have close to each other. About the Friday’s regular joint sports activities. But watch out, not in a personal leave of absence. Yes, just as the afternoon instead of sitting in the Office to play sports. That’s close to the sport, the show also framed cycling jerseys on the walls and several sponsorship support of women’s cycling. Not surprisingly, the team of the company is very tenacious and enthusiastic for getting better results. 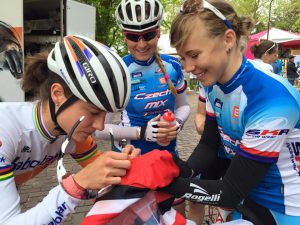 Because everything after the tour with a smile on his face and a sense that the workplace with such spirit really can present a lot of people envy. Its merits have also duly accommodated – know that this added value, in the form of a smile on his lips, makes the company the “their” company and that the press with their machine is not only never just printing. Behind him is a story-the story of the people with the experience and determination which today literally conquer the world.