View on the current economic crisis 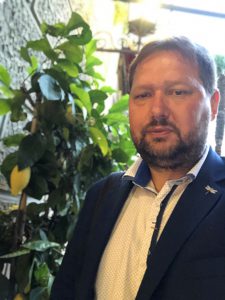 My view on the current economic crisis and the one in 2009. Why support the economy now.

Surely there are suggestions, ideas and analyzes from many places and much more professional entities. I’ll try to prospect an unprofessional but practical view of the two different economic crises that I have experienced and, like many others, I’m experiencing now.

I would like to compare the economic crisis of 2009 with current situation. The 2009 crisis was, in my view, a crisis that had a natural decline from the economic recession to the crisis itself. That occurs, if I should describe it in my own words, when the economy is growing, then the curve stabilizes and then comes some natural downturn, for example, because the market is oversaturated or for another reason. And when the crisis is gradual, it can be stabilized, because the potential curve of decline is smoother and comes gradually, according to the strength of the economy in individual states. Therefore companies that trade for example in Czech Republic can survive or overcome the crisis using another market such as Italy, France, England or Germany. Thus, in 2009 crisis, those who were smart and had focus and drive; those who had strength, ideas and was not afraid, had a chance to endure the situation.

Healthy companies survived while unhealthy ones did not. Of course, the big corporations, the multinationals, had a better chance to survive the situation and they did. Some with decline, some normally because of cuts, but we are going to talk about standard companies.

Today, big corporations and multinational companies can handle it as well. Although they will probably also fall in profit, but still they’ll stand the situation somehow.

This downfall of the economy is, in my view, “artificial”, because caused by an unexpected rapidly spreading virus that makes the government take measures to close borders, then stop all trade as such, supplies of materials, goods and products in general. Everything is shut down because of quarantine and pandemic orders, so we are talking about a fall that isn’t by any means gradual, but steep and, above all, unexpected. 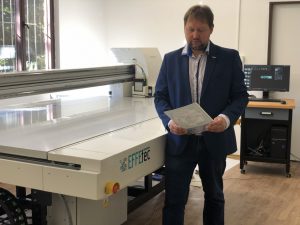 In my opinion, however, the fundamental difference is that today’s crisis affects all companies without distinction in the competitiveness of their products. Today, due to time-unpredictable measures and without state aid, would bankrupt even companies that (nevertheless with problems) would have survived a “normal” economic or banking crisis. This is because they have no chance to sell their products and services or even cannot produce them at all. Only the largest companies can cope without generous state aid. For small and medium-sized businesses and the self-employed, there must be a program of assistance to help bridge this period. Otherwise, coronavirus may disappear, but a large number of companies will have little to restart. If we knew that quarantine measures and restrictions on the free movement of persons would be gone in a month, a state aid program would not be necessary to such an extent. But for this very reason, because it is most likely that these measures will remain in force for a relatively long period of time, any state support program for SMEs is vital.

To me, the state is like a pyramid that builds from the bottom on a solid and broad foundation, which tradesmen and small businesses are. In order for the downfall of companies and the associated deep and harsh fall of the state to be not so extensive; and the way back for companies and for the state itself (once the virus-crisis is over) not so steep, if not impossible, the fall must be mitigated by state support or EU support. Otherwise, there will be more unemployed and people may get into extreme crisis situations. 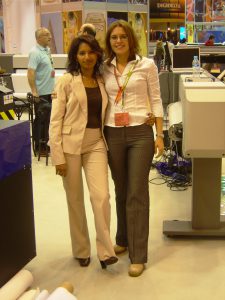 At the time of the 2009 crisis, I was employed in a much larger company than our current one. However, it produced the same technology as our company Effetec s.r.o.. At that time my wife was in the sales department and I was in the service department, so we both had direct contact with foreign companies, customers and distributors. In those days, the company we worked in was trading fairly massively on the Spanish market, followed by the Italian one and, of course, worldwide. Just before the crisis, my wife managed to sign a dealership in Germany, Scandinavia and Benelux with one multinational company that is prosperous even now, not only on the German market.

At that time everywhere in the world was a decline in exports and a decline in income. However, because the German market is always one of the strongest in the world, the crisis came there later, allowing the company where we worked to overcome the crisis more easily.

Remains the fact that in 2009, for a company trading abroad, was possible make it through the crisis.

Today the situation is absolutely different.

As a small family company doing business not only in the Czech Republic but around the world, this collapse affects us thanks to measures taken by individual states worldwide. In addition, our most widespread market is in Italy, where we have our dealership plus sales assistant Eva Fořtová.

This is how the situation looks in her view ”In Italy, since the first official case of Covid-19 was registered in the second half of February, measures to prevent its spread have been steadily tightened. At the moment, they are the most restrictive of all the affected states. By the last decree of March 22, the government proceeded to totally restrict the movement of persons throughout the whole territory of the state and to close all production except for the strategic sectors and branches expressly named by this decree. However, they must also comply with the specific security protocol prescribed by the decree for this situation. Therefore, only the most necessary personnel must be present in the production process and in individual plants, in order to ensure safe distances between workers and everyone else must apply smart-working or temporarily stop production altogether. Even so, I am in constant contact with the distributor and individual customers and we try to help as far as possible at a distance. However, the impossibility of leaving for a service intervention is a huge problem for us at the moment, given that our business is not only the development and production of digital large-format printers, but also and especially their service.”

In Effetec, however, we are trying to respond to this complicated global situation at least by trading in the Czech Republic, although even here the possibilities are considerably limited. 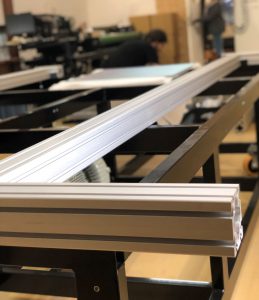 So what is the right kind of support from the state? There are plenty of models. We can follow our Czech recipes, or perhaps the ones already proposed by some political entities, and I have also written some proposals myself. We can also take an example from Germany, England or even the USA. It is clear that our economy is different than in other countries, whether in European countries or outside Europe. But the model – the key, may be similar.

Now we will see how we actually grew in times of growth. Now it will depend a lot on how the government will handle the situation. A good manager knows how he should behave in this situation and how to intervene not to weaken the state too much, but at the same time slowing down the fall, stabilizing and turning it up after this coronavirus crisis.

However, the journey will not be easy for anyone and certainly there is a lot of hard work on us.